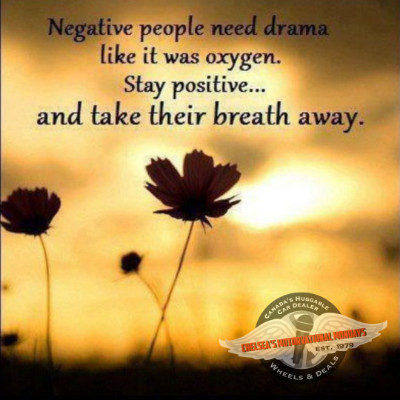 I think that is ever so true in the world today. You pick up a newspaper, you pick up a magazine, you go on Instagram, Twitter, Facebook. It just seems that there's more negativity taking over. Someone could put a fun nice photo and there's 10 negative comments on it. Yes, everyone is allowed to have their opinion. That's the world.

If you're watching this today, what I'd like you to do is start creating the positivity. Put something even if it's a comment that's nice or if you're in public, say something nice to someone. You're in a group of friends, talk about positive things. There's lots of fantastic great things that happen in the world, that are happening in Fredericton, that are happening in your life, your friend's life. Let's focus on that and then dull down the negativity and everything will get better.

I hope we motivated you today to do one more positive thing and start creating a positive world for the future. Have a Huggable Day