"Some people complain you have changed," answer, "Yes, I didn't work this hard not to change." 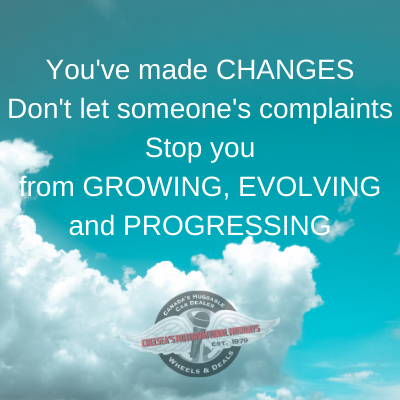 I think that as you're going forward and you are trying to grow, learn, maybe become more positive, there's going to be those out there that are going to complain about your changing, but that's what you're working for. You don't want someone to say, "Oh yeah, you're the exact same as you were five years ago. Maybe it looks wise if you're looking younger, but as a personal growth and as you're growing, you want to grow as the time goes on, week to week.

But as people keep going year to year and you see someone again in two, three years, you want them to leave that conversation going, "Wow, look at the change they've done. Look what they are doing here, how it's going on.