"You are going to have many defeats, but it's your choice if you are defeated." 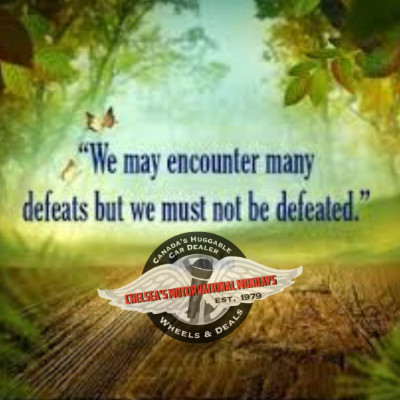 However, that does not mean you're defeated, you just had a defeat, you lost one game. No different in hockey and basketball, anything you do, you might lose a game but you can still continue on and win the Stanley Cup.

So I think as you're thinking about things that you still want to do, or you look back and there are things that, "Oh, I didn't make it. I couldn't do that." It's your choice whether you think you're defeated, it's no one else's thing, nothing else anyone can say to you. That's a deep down decision you have to make as you continue on as, "Am I defeated from doing the mile in the time I wanted to or was I just stopped at that point and I can wake up today and try it again." So that's a fantastic day, you wake up the next day and there's always room to retry and redo.

So I hope we motivated you today to wake up, or when you're up, try something new, try something you did before and realize that it is your choice. Wake up smiling and don't let yourself be defeated. Have a Huggable Day.