"The most important thing is to look ahead, the past is your anchor." 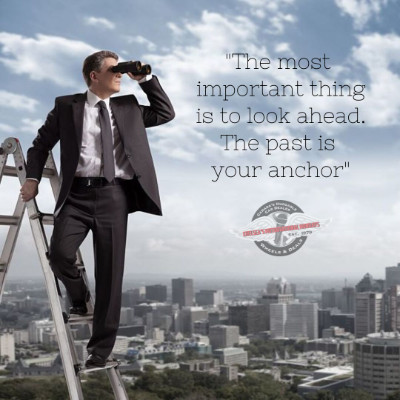 I think that's a fantastic thought as you're going into your Monday or going into your week. Whether it's something negative, or even with something like a goal you've set, two, three, four years ago. Something that you're holding on to, that's not letting you achieve that next step.

Look forward, keep on growing. Keep on moving and let go of the past. Have a Huggable Week.